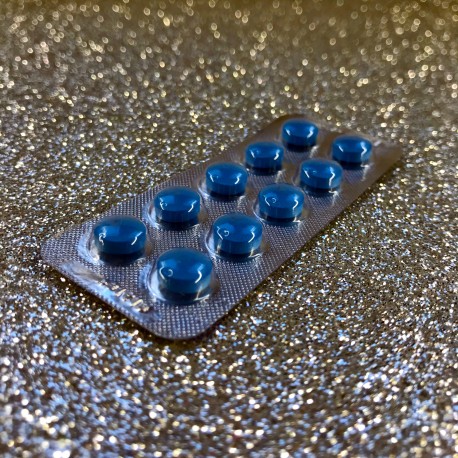 POXET 60 tablets are a remedy that prevents premature ejaculation and increases the time of intercourse by 3-4 times. Now modern men can buy Poxet 60 to not only prolong sexual intercourse, prevent early ejaculation, but also get rid of anxiety, fears, bad mood, stress and nervous tension.

Poxet 60 is a drug to prolong sexual intercourse. This drug is a generic (analogue) drug Priligy. The active ingredient is the same - Dapoxetine.
Poxet 60 is a drug used to treat men who suffer from premature ejaculation. Thanks to him, the duration of sexual intercourse increases several times, which has a positive effect on overall well-being. This drug has absolutely no effect on the quality of an erection and can be used in conjunction with other stimulants such as Cialis, Levitra, Viagra and their generics.
Combining Poxet 60 with alcohol is not recommended.

Composition of Poxet 60: the active ingredient is dapoxetine hydrochloride 60 mg. Is taken orally about 2 hours before intimacy. In this case, the daily dose of the drug should not exceed 1 tablet. In case of an urgent need to use more funds, you should consult a specialist. In the course of treatment, it is recommended to exclude alcohol consumption.
Thanks to the action of the base substance, Poxet 60 is effective even with a single use. The time during which the effect can be achieved is about a day, after which there is a complete cleansing of the male body from previously taken medications.
The main advantage of Poxet 60 is that it can be combined with other drugs, as well as used for a long time or once.
Poxet 60 side effects: Since sexual activity increases the stress on the heart, the drug is not recommended for people with cardiovascular disease. Also, in some cases, headache, nausea, dizziness, diarrhea may occur.

Also, taking Poxet 60 is not recommended to combine:

Poxet-60 is a medical product and can only be taken after examination and prescription by the attending physician. The site administration is not responsible for side effects and any harm to health associated with self-medication with drugs based on Dapoxetine.

Please follow the contraindications and dosage. Increased dosage and frequent use can be harmful to health.